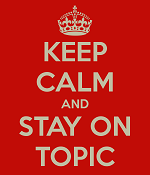 New #spillover thread, since the last one is up to 250 comments. Some reminders:

More detailed outline/guidelines were laid out on Spillover #1.
The Moderator Team will enforce topicality where necessary, and off-topic commentors who ignore invitations from others to take their tangents to #spillover are one of the reasons commentors might consider sending the moderators a giraffe alert.