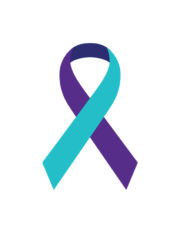 In the past week, fashion designer Kate Spade and chef-turned-traveler Anthony Bourdain both died by suicide — and that’s on top of all the people we haven’t heard about because they’re not deemed newsworthy enough for the public to acknowledge their pain or their passing.

I don’t, and can’t, know what was going on in their head, how they felt or why they made the decision they did. That’s part of what makes these things so devastating — the not knowing, and the knowing that you’ll never know. But I do know what it’s like to have depression, and what it feels like to be on the edge of that kind of decision.

I don’t know that people who have never had depression can understand what it’s really like to be depressed. It’s not the same as sadness. It’s not situational. It’s a deep and certain knowledge that your world is horrible and will always be horrible, that other people are happy but you never will be, that something is wrong with you such that you don’t even deserve happiness and you probably aren’t capable of it anyway. That there isn’t any point in getting up off the floor, much less trying to live life.

“Cheer up, people care about you” or “do something nice for yourself” or “go for a run, you’ll feel better” doesn’t help, because depression tells you that people don’t really care about you, that you don’t deserve anything nice, and that nothing will make you feel better. Depression is a liar. And sometimes, loved ones and medical professionals can help break through the lies so a person can start healing. And sometimes, the lies are just too loud, or no one is there to help in the first place, and it feels like the only way out is a permanent one.

People say that suicide is selfish because you’re leaving behind so many people who will be devastated by your death. Imagine what it’s like to know that, to feel awful and guilty about that, but the despair is even more powerful. If you think it’s bad for you, imagine how they felt.

If you have a loved one with depression, don’t think they’re being hyperbolic or self indulgent. Don’t discard them for being a buzzkill. Don’t get mad at them if your attempts to boost them out of their funk are unsuccessful. They aren’t in a funk. They’re at the bottom of a pit, and unless you’ve been down there, you can’t possibly know what it’s like. Listen to them. Take their feelings seriously, because they’re real and they’re serious. Help them find help. Just be a light at the top of the pit and a ladder so they can know there’s a way out.

If you’re contemplating suicide or even just mulling over the concept of suicide, or if you know someone who is, the National Suicide Prevention Lifeline is available 24/7 at 1-800-273-8255. There’s also an online chat, if that’s your thing.

3 thoughts on A note about depression