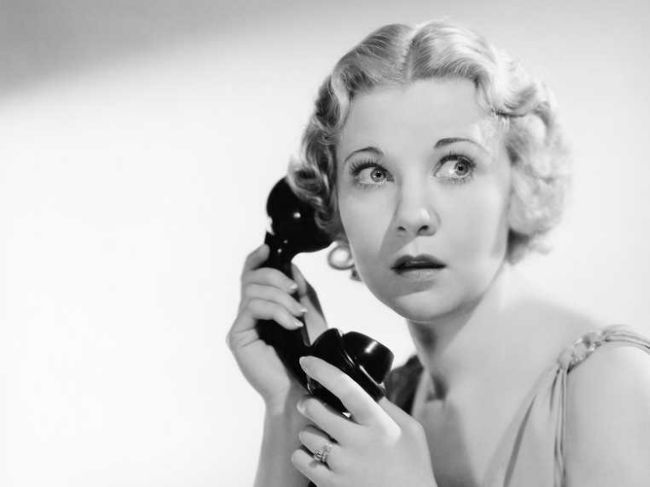 From one white woman to another: Please stop calling the cops on people of color.

Do not call the cops on them because they’re in your coffee shop and you don’t want them there.

On April 12, [Rashon] Nelson and [Donte] Robinson arrived 10 minutes early for a business meeting at a Starbucks in the Center City neighborhood of Philadelphia and wound up leaving the location in handcuffs. Upon arriving, Nelson asked whether he could use the restroom, and was told by a white manager that the restrooms were only for paying customers.

“And I just left it at that,” Nelson told “Good Morning America” last month.

After Nelson returned to the table where Robinson was sitting, the manager approached them to ask whether she could help get them drinks or water.

Two minutes later, she called the police to report “two gentlemen in my cafe that are refusing to make a purchase or leave.” Officers arrived a few minutes later. Robinson recalled thinking that “they can’t be here for us.”

Nelson told “Good Morning America” that the police told him and Robinson that they had to leave without any discussion. They were then arrested, and Robinson said they were not read any rights or told why they were being arrested.

If they aren’t doing anything wrong, and they’re doing the same thing all the white people are doing, don’t call the cops on them.

Do not call the cops on them because they’re on your golf course and you don’t want them there.

Five African American women say a golf course in Pennsylvania called the cops on them because they were golfing too slow.

Ojo told police the women were golfing slow because they were “rusty.” But she didn’t think they were holding up other golfers.

One man in the group of golfers behind Ojo’s backed up the assertion.

The man, Jerry Higgens. told police he thought it was unusual the women’s group had five golfers instead of the standard four. But, he said, their speed “did not slow his group down in any way.”

But Steve Chronister, who co-owns the course, told police the women weren’t meeting the time guidelines, and delaying tee times for other golfers.

If they aren’t being aggressive or threatening or violent, and all they’re doing is the same thing all the white people are doing, don’t call the cops on them.

Do not call the cops on them because they’re in your store and you don’t want them there.

Mekhi Lee, Eric Rogers and Dirone Taylor were shopping at the Nordstrom Rack on Thursday when they noticed store employees closely eyeing them and following them through the aisles. Lee has just completed his freshman year of college and was with his longtime friends, Taylor and Rogers, who were shopping for prom.

[St. Louis NAACP President Adolphus] Pruitt said that one of the men wanted to try on a shirt, so he removed his hat to do so. The store employees kept following the men, Pruitt said, so they decided to leave.

Shortly after, the man who had tried on the shirt realized he left his hat in the store, so the three of them went back. That’s when they were approached by an elderly white woman who had also been shopping.

“Now they’re confronted by an elderly white woman in the store who says to them, ‘Would your parents and grandparents be proud of what you’re doing?’ ” Pruitt said. The woman also referred to them as “a bunch of bums,” according to Pruitt.

While the men were paying for their items, they heard staff employees say they were calling the police. Pruitt said the men left the store and waited for the police to arrive.

When they did, the officers said they had been alerted to three black men who were shoplifting. The men showed the police their receipts and let them search their bags, Pruitt said.

Do not call the cops on them because they’re in your gym and you don’t want them there.

In the Facebook post, [Tshyrad] Oates said he signed in under the four-day guest pass to work out with a friend, a current member who was already at the gym. About 30 minutes later, the employee who signed Oates in told him he had to leave or pay, Oates wrote.

Oates wrote that he reminded the employee that he had already signed in with her, using the guest pass.

As Oates and his friend continued working out, two police officers arrived and questioned the two men about their memberships, Oates wrote.

Oates explained to them about his guest pass, and his workout partner rescanned his gym tag, according the Facebook post.

They resumed working out and 10 minutes later a manager told the two men to leave, according to Oates.

Oates said they told the manager they didn’t do anything wrong.

He said other police officers soon arrived and also asked the two men to leave.

If they’ve checked in and paid, and reminded you that they paid, and they say they’re a member, and for the love of God all they’re doing is working out, don’t call the cops on them.

Do not call the cops on them because they’re shy.

For the two Native American brothers, Colorado State University was their dream school.

But when they showed up for a campus tour, a parent of another prospective student called the police on them because they apparently made her “nervous,” the school said.

Friday, the university’s police released the audio of the 911 call in which the parent reports 19-year-old Thomas Kanewakeron Gray and 17-year-old Lloyd Skanahwati Gray. She says their behavior is odd and that they’re wearing “black clothing.” The school also released footage of officers pulling the teens out of the group to question them.

When the police confirmed the brothers were part of the tour, they let them rejoin the group. But by that time, the tour had moved on, the school said.

If their only sins are dressing like a teenager, being reluctant to talk to a total stranger when she starts asking them pointed questions, and giving answers that you perceive as lies just ’cause, don’t call the cops on them.

Do not call the cops on them because they didn’t wave back at you when you waved at them.

At first, Kelly Fyffe-Marshall’s stay in Rialto, California, was ending pretty normally. She and her four friends — three of them black women — checked out of their Airbnb rental and dragged their luggage to their vehicle.

Then things got weird.

Seven police cars showed up. The neighborhood was seemingly locked down.

Then things got scary.

The police told Fyffe-Marshall and her friends to put their hands in the air, and then informed them a helicopter was tracking them.

“A neighbor across the street saw 3 black people packing luggage into their car and assumed we were stealing from the house. She then called the police,” Fyffe-Marshall wrote. “At first we joked about the misunderstanding and took photos and videos along the way. About 20 minutes into this misunderstanding it escalated almost instantly.”

If all they’re doing is loading suitcases into their car — seriously, if all they did was not wave at your entitled ass — don’t call the cops on them.

Police encounters for people of color aren’t the same as they are for white people. They’re not just an inconvenience. They aren’t just something they roll their eyes about and get over.

If your victim is lucky, all they’ll be is traumatized by the encounter. Maybe, like Kelly Fyffe-Marshall, they’ll be forced to stand in the street with police cars surrounding them and police helicopters overhead. Maybe, like Rashon Nelson and Donte Robinson, they’ll spend time in jail before being released when it’s concluded that they did nothing whatsoever wrong. Maybe they’ll sit in jail until they lose their job. Maybe they’ll end up wrongfully convicted of a crime. Maybe they’ll end up dead.

You’re nervous or uncomfortable or “sick to your stomach.” They’re afraid for their life or, potentially, actually dead.

You know when little Jaxxon was acting up and you marched him up to a police officer and told him that if he didn’t start behaving, the officer was going to arrest him? This is not like that. This is someone who could end up hurt, arrested, or dead because you don’t think a black person could afford to live in your neighborhood or shop at your store, or you don’t think a shy Native American kid in a heavy metal sweatshirt belongs on your campus tour. Suck it up. There’s stuff that’s more important than your discomfort — for instance, human lives, and human dignity.

If you feel call-the-cops threatened by two men sitting while not drinking coffee, or three women putting suitcases in a car, that is your problem. Don’t make it theirs. Because if it’s theirs, it will be a hell of a lot worse.

Jenn M. Jackson, Calling the Police on Black People Can Put Them in Danger

Monique Judge, “Starbucks Witness: Implicit Bias Exists and White People Need to Speak Up When They See It”