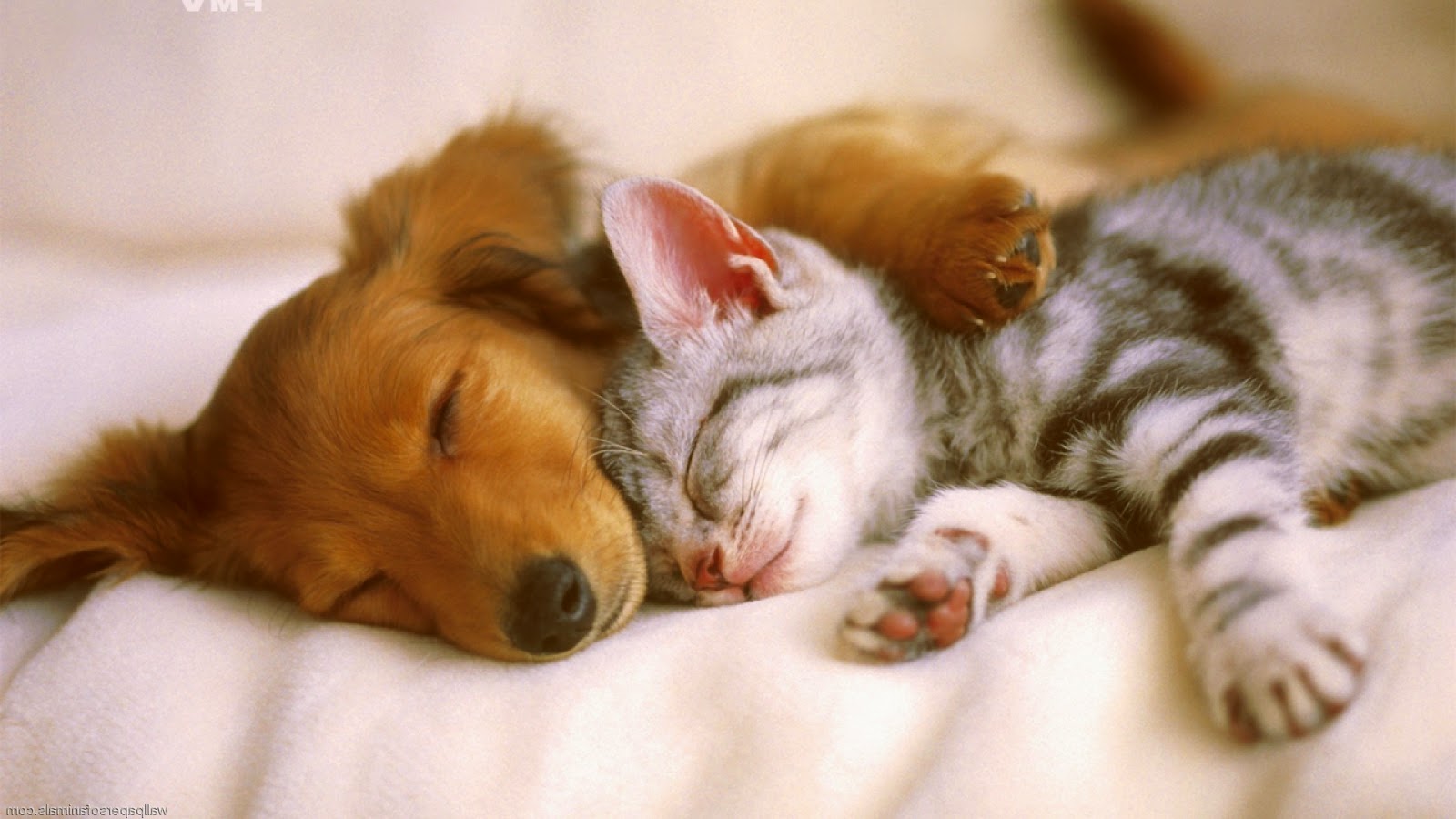 There’s been a lot of talk lately about dialogue and understanding. Liberals just need to try to understand conservatives, They say. People get defensive when you call them (or, more often, even just imply that they might be) bigots, They say. If we want to get anything accomplished, we need to meet conservatives halfway (in which “halfway” is usually defined as “on their side”), They say. (In this case, “They” for the most part refers to journalists who think that because Their piece is set on a college campus and not a failing coal town in West Virginia, it’s totally novel and not the exact same article journalists have been writing since November 9 and before.)

Generally, the response from the liberal camp is, “Fuck that shit,” which is a position I myself have taken before. (I stand by it.) You can’t reason someone out of a position they didn’t reason themselves into. “Actually, no, Latinos aren’t rapists” and “Actually, no, BLM isn’t a terrorist organization” aren’t going to be compelling messages to people who only take those positions to rationalize their own latent (acknowledged or unacknowledged) prejudices. “Supporting a bigoted campaign involves signing off on bigotry” isn’t going to convince someone who is struggling to accept that that’s what they did. It’s hard and unsatisfying, and maybe the New York Times needs to do a Dialogue and Understanding piece about people who are being asked to take on that struggle.

That said, dialogue can happen. Here’s how.

Privileged liberals: Put your privilege to good use.

It’s completely understandable that you might not want to engage with people who either embody or enable bigotry. The ones who embody it are miserable to be around — try spending time with someone who thinks that they’re completely justified in wanting to put Muslims on registries or block LGBT people from services like housing and medical care. And the ones who insist that they aren’t bigoted, because they disagree with registries and religious discrimination, can be almost as bad. For them, having negative feelings about those things, but not to the point that they actually do anything about them, is a mark in the Win column, and asking for anything beyond that — which is what we’re asking them to do — is a direct attack on their character. Having to handle them with kid gloves so they don’t get defensive is a lesson in frustration.

Talking with people like that can be frustrating and even painful. But at least we aren’t stuck with the job of having to justify our own existence to people who support marginalizing it in the name of a better country. Listen to marginalized people, let them tell you what they need and what’s best for them, and then use your privilege to take that bullet for people who sometimes have to face down actual bullets themselves.

Conservatives who decry bigotry: Police your own.

If you really are against bigotry and hate crimes, it’s not enough to sit around being against them. And it’s not enough to sit around complaining that liberals don’t want to have meaningful dialogue to understand your position — if you refuse to take action against bigotry because people aren’t asking nicely enough, you aren’t actually anti-bigotry.

Let me repeat: If you refuse to take action against bigotry because people aren’t asking nicely enough, you aren’t actually anti-bigotry.

(Liberals tone-policing marginalized people because you don’t think their activism is polite enough and also Martin Luther King and also you’ll be glad to support them once they calm down and act rational, that goes for you, too.)

If you really want to bridge these divides, you need to start initiating dialogue with people on your own side. There has to be someone you know whom you consider to hold bigoted views by your standards — a friend, a neighbor, a relative, someone who will talk with and listen to you. (And don’t try to get all smart and say, “My liberal friend is bigoted against working-class white men” — you know that’s not what we’re talking about here.) You consider yourself open minded — hell, some of your best friends are gay. Do you want your gay friends to have to sit down with your homophobic uncle to try to change his views, or would you rather spare them that experience and talk to him yourself?

Instead of immediately getting all #NotAllConservatives, recognize that there are some — #YesSomeConservatives — who do embrace and support bigotry. The swastika-spray-painting Sieg Heilers in suits are just the most visible and obvious example at the moment. People whose prejudices are subtle and inherent can be talked to (or at least that’s what we’re being told) and are more likely to listen to you than to the liberals they think are attacking them. So talk to them.

Show that you deplore hatred and bigotry by working to fight it, no matter what, unconditionally, even if you don’t feel you were approached in the right way.

Conservatives who decry bigotry: Police yourself.

This is probably the toughest one of all, because internal dialogue is one of the most painful conversations that can be had. It’s also one of the most important ones, because implicit biases and thought habits color every decision and interaction that we have, and it’s impossible to have actual, reasoned, meaningful conversation when our brain is busy rationalizing and/or fighting against every new idea that comes in.

Instead of immediately getting your back up, take a moment to ask yourself if someone is really calling you a bigot, or if they’re saying that your views and positions uphold bigotry. If you consider yourself open minded, and you aren’t defined by those views and positions, and your opinions can be changed with the right motivation, are you really being attacked and insulted? Or is it just one malleable part of your thought process being challenged?

What would happen if you challenged it yourself?

If you voted for Trump because of his economic proposals, even though his plans were openly damaging to marginalized people, it means you prioritized the economy over lives of people who aren’t like you. No matter how instinctive it can be to prioritize your own interest over someone else’s, where is the line drawn when lives and livelihoods are at stake?

If you blame undocumented immigrants for “stealing jobs” instead of looking at the business owners who are willing to screw over natural, naturalized, and and undocumented workers to save money, it means you’re shifting blame from people trying to fill their wallets to people trying to fill their stomachs. If the business owners and the workers are both breaking the law, why is your immediate instinct to blame the poor brown person and not the rich guy?

If studies show that black kids are disciplined more harshly than white kids starting in elementary school, isn’t it possible that the disproportionate number of black people in prison might be connected to longstanding institutional biases rather than increased criminality? Why might your first instinct be to assume that another race of humans is simply more criminal than yours, period, and that that’s the long and short of it?

If a doctor doesn’t want to treat a patient because they’re LGBT, but that doctor is the only person around qualified to administer medical treatment, why do that doctor’s religious beliefs take precedence over the LGBT’s person actual life? Would you be okay watching an LGBT person die on the sidewalk because the Christian doctor standing there won’t do an emergency tracheotomy?

(And, okay, this is just me being curious: If you’re a baker, and you get a request for a wedding cake for “Sam and Chris,” and you deliver it to the reception and find out that Sam and Chris are both dudes, do you just not give them the cake? Do you drop it off and then go home and scourge yourself until you’re cleansed of your sin? How does it work? Do you take the cake home and eat it yourself, and if you do, do you have to scrape the names off, or does the whole sin-cake have to go in the trash, but isn’t wasting food also a sin? I so want to know this.)

Journalists, for the love of God, stop writing these stupid pieces and start paying attention to the world around you.

Dialogue is cool. Understanding would be great. Demanding that marginalized people sit down politely with people who deplore their existence is unreasonable and ludicrous. (I know Auburn and Alabama football fans who can’t be in the same room together, and one isn’t challenging the other’s right to exist.) And you journalists who keep writing — keep writing — over and over again — these stories about Dialogue and Understanding appear to have completely insulated yourself from the people shouting that ludicrousness from the rooftops.

Journalists, it’s time for you to step out of your echo chamber and realize that the world is more complicated than open-mindedness and a beer summit, and start doing actual journalism. If it makes you feel better, we’ll say you’re initiating a dialogue between you and the marginalized people you’re actually bothering to interview.

21 thoughts on An Invitation for Meaningful Dialogue