This is what TSA will do when they inspect a bag you checked and find a, um, “personal item”: 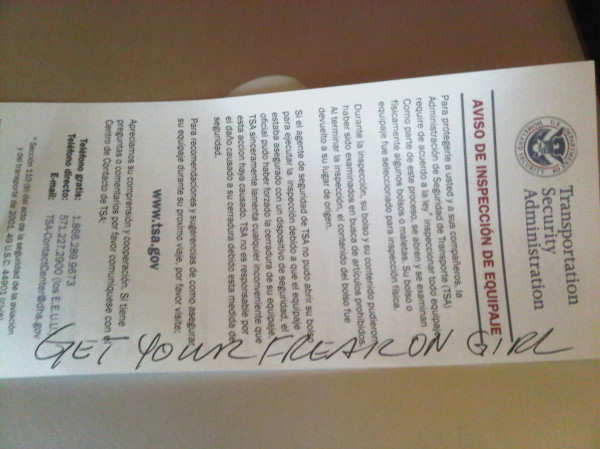 Total violation of privacy, wildly inappropriate and clearly not ok, but I also just died laughing in my hotel room.

582 thoughts on Your tax dollars at work.